The "Empaths" who rub their privilege on people's faces

Disclaimer: The incidents described herein are from my personal experience. It is strongly asserted here that I have neither named the victim nor the victimizer. I would happily name the persons who played constructive roles in these incidents and alleviated further untoward consequences, but I have avoided doing that too.

A few recent events have motivated me to mention this anecdote, which happened many years earlier, at the IITK campus. At the campus, there are several halls of residences (Halls) for bachelor students, which are separated based on gender. Separate hostels are there for married ones, who wish to live with their families, but that is not a part of the story.

This incident happened around 2010 when there was a gradual shift from a mess catering model, let us call it (MODEL-S), to another model say MODEL-C. The Hall of Residence - 4, where I stayed was following MODEL-S, where the students partook in every decision - i.e. from the menu to the supplier. The students were very much a part of the decision-making process, as far as food is concerned.
Hall - 4 was switching over to MODEL-C from MODEL-S, and a lot of the people were not happy with it. Students wanted that the families of the labour (already working at Hall 4), should sustain and therefore they repeatedly pleaded with the institute administration for retention. It took a lot of convincing, but things did work out. A portion of the workers (say 75-80 percent) was indeed retained at Hall - 4, and the rest were reallocated to the other Halls. 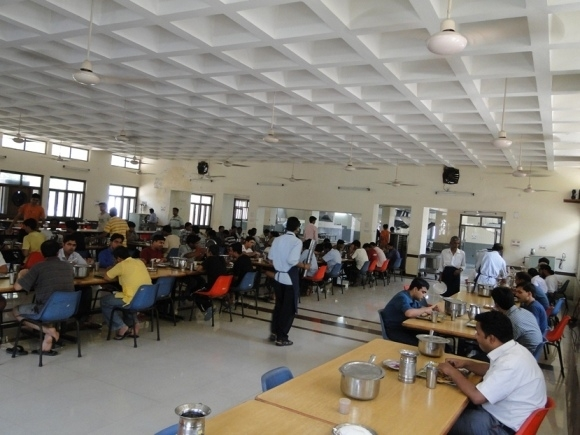 The mess premises were quite transparent. Anyone who stood inside the mess hall could see right into the kitchen, and its cleanliness. There were separate offices for the mess manager and the store, which were also accessible to the students.
The mess kitchen had both male and female workers. The work was distributed equally based on the skill sets available. The male workers took care of the mass cooking in most cases. However, the toilet for the mess workers was common. Therefore there was an honorable and mutual agreement amongst the mess workers regarding access to the toilets, and it stayed like that. Since most of the mess workers thought of it as their second home, no one really bothered about the gender-sensitive issues like separate toilets, etc. It is important to mention here that the toilets have multiple compartments (cubicles if you choose to call them), for convenience.
One fine day, it so happened that a male worker and a female worker went to access the toilets at the same time, and they were "SEEN" by the mess manager, while they were leaving the premises of the toilets. The MODEL-C mess manager made a big hue and cry about the character of the woman, and also shared stories of similar incidents he knew of, about the woman, from earlier.
Fortunately, the residents of the Hall took an adamant stand and sternly criticized the comments from the mess manager, as access to the toilets is a natural right of any human being. Further, even if the people concerned were having an affair, he witnessed them as "coming out of the toilets" together, and not being inside the same compartment. Further, the faculty members of the campus community also joined in to protest against this nonsensical misogynist incident, specifically focussing on the words "loose character".
This anecdote is to share the very self-righteous and crime-predictive aptitude of the mess contractor in question. At the time, I thought it was an isolated incident, and it was a mere outlier.
Recently from Aurangabad, Maharashtra, I was made aware of a similar incident of predict-a-crime-and-take-away-a-job aptitude of another labour contractor. As per the Factories Act, of 1948, any labour is not supposed to work beyond 9 hours in a day and the spread over should not be more than 10.5 hours. The contract sent the labour to personally attend to the calls of a Whimsical Know It All, outside the premises of the workplace, and when the labour could not comply, the job was taken away. On protest, he was asked to write a "Maafinaama", as if he had committed a crime. On a further inquiry, with the contractor, he "predicted" that the labourer would steal from some office, and thus the dismissal and the "maafinaama" was a valid mode of documentation, and not akin to being a Hitler of sorts!
These incidents are not only shocking but also reinforce the fact that talking about empathy and rubbing privilege on people's faces are appearing to go hand in hand in several places. Hope that this discontinues, and sense returns to Indians!
Posted by Suddhasheel Bharatiya GHOSH at 1:50 pm